Warning: Invalid argument supplied for foreach() in /var/www/clients/client1/web31/web/wp-content/themes/twentyseventeen-child/functions.php on line 521 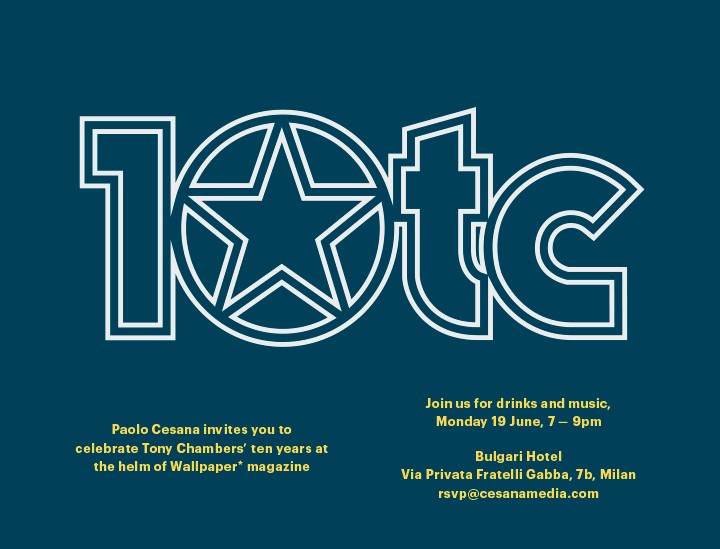 Tony Chambers’ ten years at the helm of Wallpaper*

Tony Chambers’ ten years at the helm of Wallpaper*

The Times wins ‘Daily Newspaper of the Year’

The Times and The Sunday Times were awarded Daily and Sunday Newspaper of the Year respectively at the London Press Club Awards, while other winners included the Guardian and Evening Standard. In addition, The Sunday Times' city editor Oliver Shah took home the Business Journalist of the Year award for his investigation into Sir Philip Green's £1 sale of BHS. 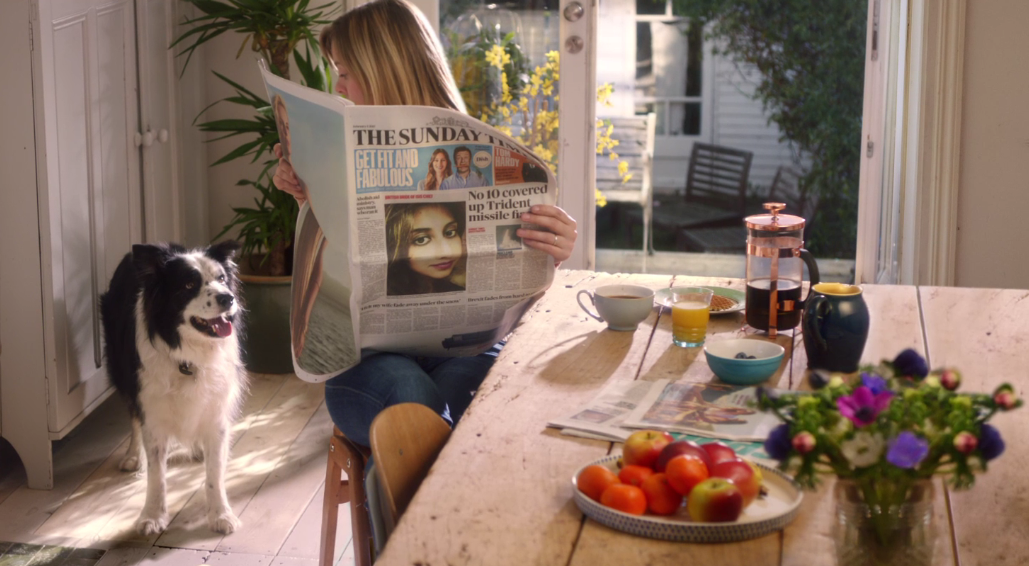 It all starts with The Sunday Times

The Sunday Times has launched the new TV campaign The campaign centres on the changing role of Sundays and how it is now a day for action, setting you up for the week ahead. It pulls together the key content pillars and franchises that we know people love about The Sunday Times and leaves people with the thought 'It all starts with The Sunday Times'. “YOU SEE, SUNDAY ISN’T THE END OF THE WEEK. WE THINK IT’S JUST THE BEGINNING. IT ALL STARTS WITH THE SUNDAY TIMES”. ENJOY 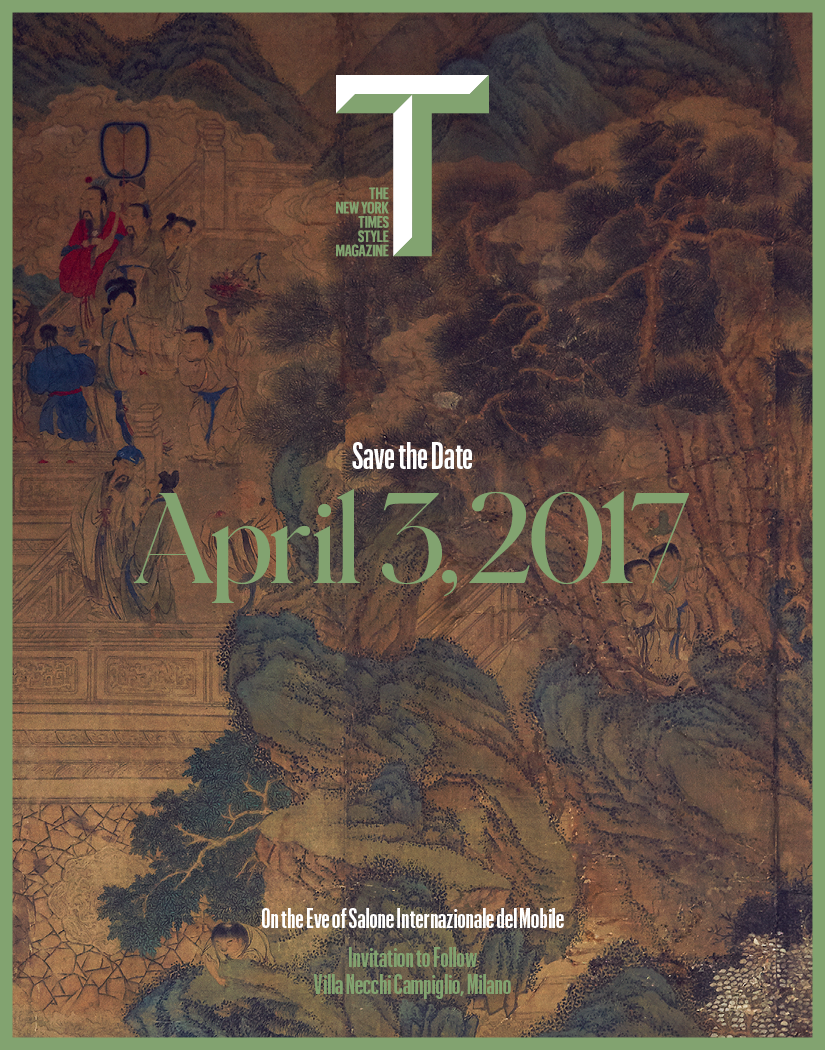 Villa Necchi hosts also this edition of T Cocktail, the most sought after celebration of Milan Design Week. 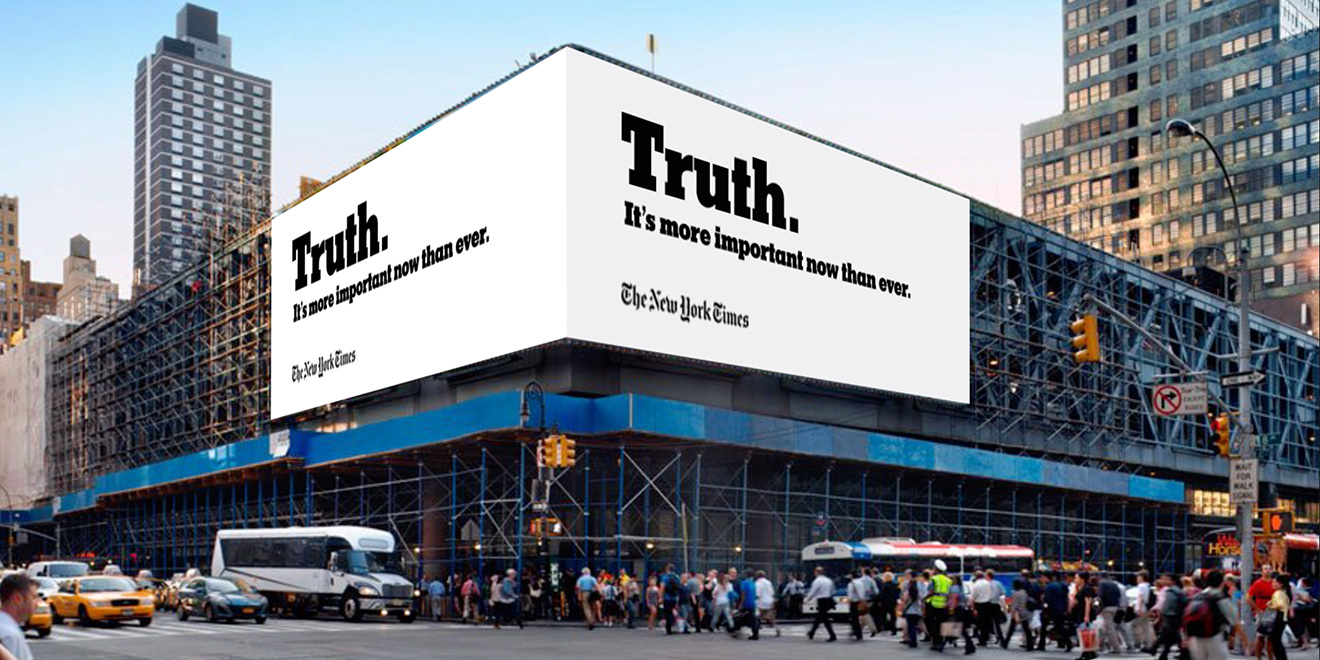 New York Times brand campaign: “the Truth is more important now than ever”

The New York Times today announced that it would launch a new brand campaign to underline the importance of facts and encourage the support of independent journalism. The campaign includes national and local television, digital, social media, outdoor and print advertising. Broadcasted for the first time on television on Sunday, Feb. 26, including during the Academy Awards on ABC that evening, it is the first television advertising The Times has done since 2010 and its first brand-focused television ad in a decade. VIDEO